Tucker Carlson makes a bold prediction: Joe Biden ‘will not be the Democratic nominee’ in 2020 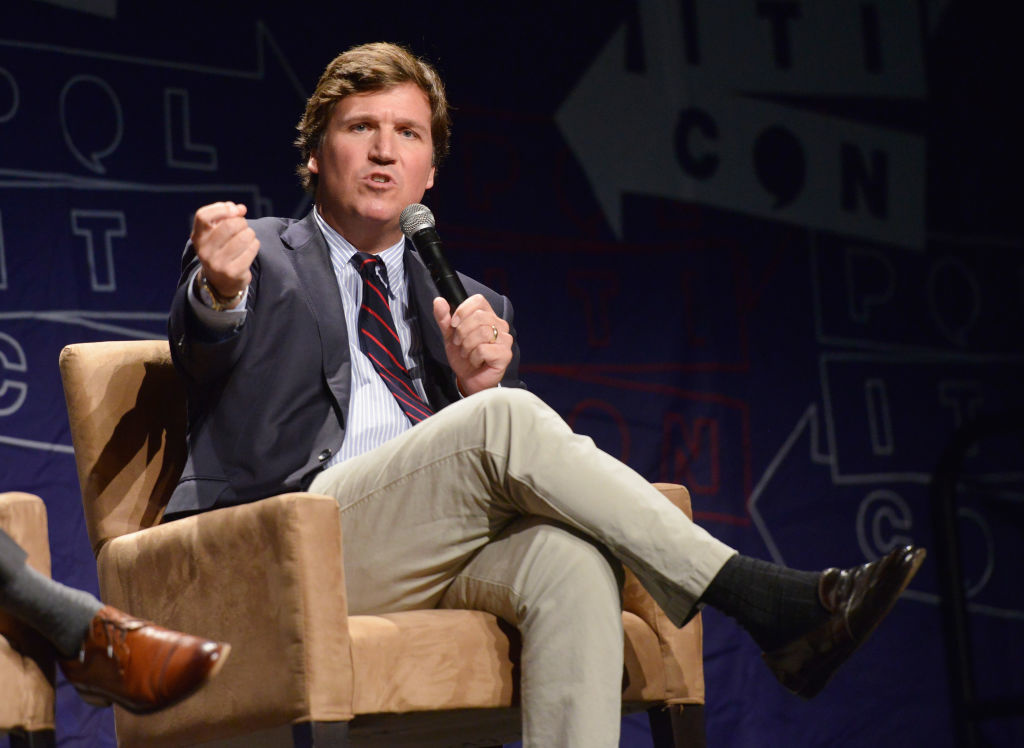 Tucker Carlson made a bold 2020 prediction on Friday: Joe Biden “will not be the Democratic nominee” to take on President Donald Trump in the November general election.

According to the Daily Caller, the Fox News host said on Charlie LeDuff’s podcast “No BS News Hour” that Democrats would connive to strip Biden of the nomination because he is in a state of “decline” and replace him with a stronger, younger candidate.

Although the former vice president holds a formidable lead over Vermont Sen. Bernie Sanders in the primary race, Carlson believes that in recent weeks, and especially as the country faces the coronavirus pandemic, Biden has proven himself to be in “mental decline” and incapable of carrying the party to victory in the fall.

He said, “I am utterly convinced, and would bet money, that Joe Biden will not be the Democratic nominee on election day. I just don’t believe that. I really don’t.”

“What did you say?” LeDuff responsed.

“I sincerely and totally believe that Joe Biden will not be the Democratic nominee on election day,” Carlson repeated. “I don’t believe that.”

‘He shouldn’t be working still’

Another show co-host pressed him: “How does that math work?”

“Well, the math doesn’t work, but it’s not about math, it’s about will,” the conservative anchor said. “So the Democratic Party is intent on taking power, period, period, and they mean it, and they’re willing to do kind of whatever they think works. I mean that’s demonstrable.”

Carlson explained that Democratic party bosses could name another candidate much the same way they nominated former Vice President Hubert Humphrey in 1968 despite the fact he had not won a single primary election. He also stated that although he likes Biden on a personal level, Democratic party bosses will soon realize that he “can’t beat” President Trump and cannot “lead the country” because of his deteriorating mental state.

“He shouldn’t be working still,” he said. “I’m not being mean. I know him. I’ve always liked him. But that’s true. And so, those are two trains traveling toward each other at high speed. Two competing imperatives. We’ve got to win, but we’ve got a guy who can’t win. Therefore, they’re gonna replace him.”

Who will replace Biden?

Carlson noted that Biden’s aides and family should not have let him run for president in light of his deteriorating mental state.

“This is not the guy I’ve known, and you can ask anybody who knows him or has watched him,” Carlson continued. “This is not him. He’s a completely different person, and he’s in decline and I feel bad about it. That’ll be me someday … I hope somebody loves me enough to not let me run for president.”

Who does Carlson think will replace former vice president?

“If I had to bet I would think Andrew Cuomo would be the most likely to replace Biden,” Carlson predicted

Start Discussing
PrevPreviousBiden’s lead evaporates in new poll that finds him weaker vs. Trump than Hillary Clinton was in 2016
NextNYC Mayor Bill de Blasio threatens to permanently shut down churches, synagogues if they don’t comply with gov’t orderNext