Cruz says he interacted with CPAC attendee with coronavirus, has undergone self-quarantine 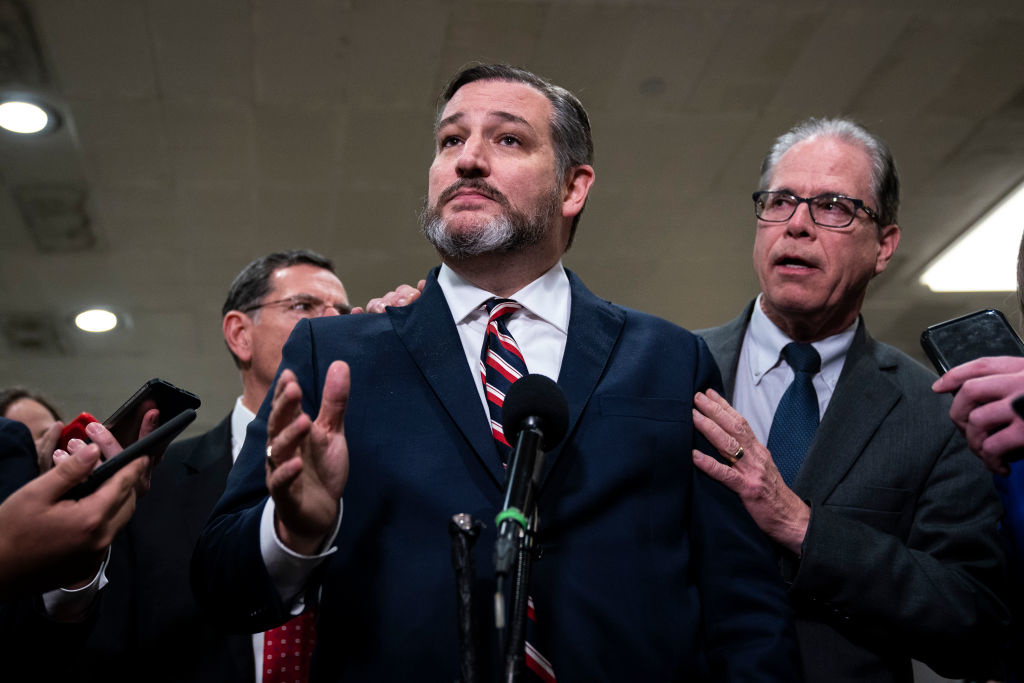 U.S. Senator Ted Cruz (R-Texas) announced on Sunday evening that he came in contact with the Conservative Political Action Conference attendee who tested positive for the coronavirus. The individual is believed to have been carrying the illness while at CPAC 2020.

In a statement, Cruz explained that he learned on Saturday night he came in contact with the COVID-19-positive person during the convention. However, the senator said he has no symptoms indicating that he, too, is ill.

Last night I was informed that 10 days ago at CPAC I briefly interacted with an individual who is currently symptomatic and has tested positive for COVID-19. The interaction consisted of a brief conversation and a handshake.

I have consulted with medical authorities from the Houston Health Department, the Harris County Public Health Department, the Centers for Disease Control and Prevention, and the Department of Health and Human Services, as well as my personal physician. I have also spoken with Vice President Pence, Leader McConnell, and Mark Meadows.

The physicians further advised that testing is not effective before symptoms manifest, and my brief interaction with the individual does not meet the CDC criteria for self-quarantine.

The medical authorities explicitly advised me that, given the above criteria, the people who have interacted with me in the 10 days since CPAC should not be concerned about potential transmission.

Nevertheless, out of an abundance of caution, and because of how frequently I interact with my constituents as a part of my job and to give everyone peace of mind, I have decided to remain at my home in Texas this week, until a full 14 days have passed since the CPAC interaction.

Everyone should continue to treat this outbreak seriously and be driven by facts and medical science. We need to continue to be proactive in mobilizing resources to combat this outbreak—including the $8.3 billion in emergency funding we provided last week—and I encourage everyone to follow the recommendations of the CDC and other health professionals in protecting their own health and welfare, as well as the health and welfare of those around them.

As TheBlaze reported on Saturday, while the identity of the coronavirus patient is unknown, the American Conservative Union confirmed the individual tested positive for the disease in a New Jersey hospital and was exposed to the virus before attending CPAC. The Hill also reported that the patient is currently being quarantined.

It is unclear if any other speakers or notable attendees besides Cruz came in contact with the New Jersey patient. However, the ACU declared in a statement Saturday that the attendee “had no interaction with the President or the Vice President and never attended the events in the main hall.”

As of Sunday night, there have been 21 confirmed deaths linked to the virus in the U.S.

Start Discussing
PrevPreviousRepublican lawmakers sound alarm over death of DHS whistleblower Philip Haney: ‘He was murdered’
NextREPORT: “Made In China: How Coronavirus Chaos Could Have Been Avoided”Next