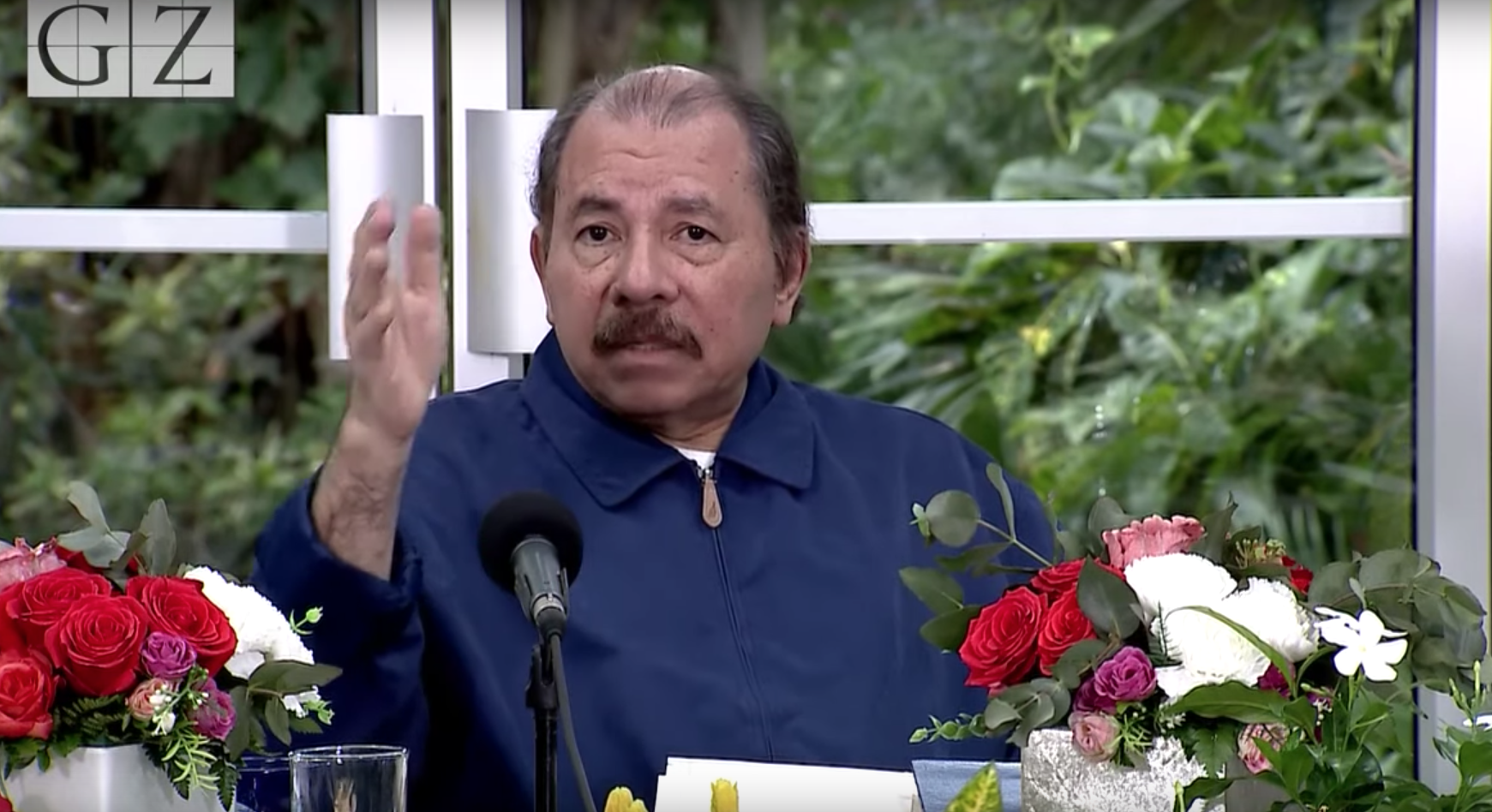 For someone who spends a lot of time pinky-promising the American people that his brand of socialism is inspired by Denmark, Sen. Bernie Sanders sure has spent a lot of time defending Latin American socialist strongmen. From praising Cuba’s communist revolution led by Fidel Castro to supporting Bolivia’s Evo Morales, Sanders has consistently gone to dictators who have very little in common with Scandinavian social democracy. A newly unearthed video seems that at least one of the despots seems to like him, too.

In a clip of an August 2019 recording shared on Friday by Twitter user “Reagan Battalion,” Nicaraguan Marxist dictator Daniel Ortega is seen endorsing Sanders’ presidential campaign and that of other Democrats.

Sanders would move America ‘in the right direction,’ Ortega said

According to human rights organizations, Ortega is said to be responsible for “egregious abuses against critics and opponents.” In an interview with The Grayzone, a far-left news outlet, the Central American ruler was asked what he thought of Sanders’ candidacy and the emergence of a movement to elect a socialist president in the United States.

“I know that the people of the United States have the intelligence and capacity to understand the message of Bernie Sanders and the important message of other brave female candidates,” he said. “All of which go in the right direction so that the United States can become a country of peace, prosperity, and cooperation.”

‘No empire is eternal’

Ortega’s endorsement of Sanders’ candidacy was kicked off with a question by reporter Max Blumenthal who asked the Nicaraguan despot for his thoughts on a previous visit by the Vermont socialist to his country in the 1980s and whether he believes Sanders would be a different kind of president or more in the mold of Hillary Clinton and Joe Biden.

“No empire is eternal,” Ortega responded before predicting that the U.S. is on the brink of collapsing as Blumenthal and others in the room nodded their heads.

“I think that the United States, with its imperialist practices is entering its terminal phase,” he added.

Apparently, in an exchange with a constituent while he was mayor of Burlington, Vermont, Sanders compared Ortega to Abraham Lincoln during the Civil War:

In October 1985, a few months after Bernie Sanders traveled to Nicaragua to celebrate the sixth anniversary of that country’s socialist revolution, the Soviet-backed government suspended the civil liberties of its citizens, including the rights to free speech, free assembly and labor strikes.

A few days later, Sanders, then the socialist mayor of Burlington, Vermont, received a pointed letter from a constituent. How, the letter-writer wanted to know, could Sanders continue to embrace a “another in a long line of dictatorships, whose only true concern is its length of stay in power”?

In a written reply, Sanders — who had praised Nicaragua’s leaders upon his return from the trip — made no apologies. The Nicaraguan government was fighting a “brutal war” funded by the United States, he wrote, which made the situation “complex.” Didn’t the U.S. government, Sanders wrote, intern Japanese Americans during World War II? Didn’t Lincoln curtail basic rights during the Civil War?

Sanders, NBC noted, “made no bones about his support for Soviet-backed, repressive governments in Latin America.”

According to the news outlet, Sanders declined a request to comment on his past statements regarding Latin American leftist regimes.