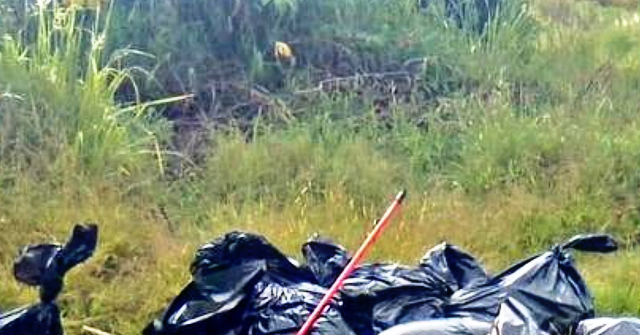 The U.S. counterterrorism apparatus is striking back against designating some Mexican cartels as foreign terrorist organizations (FTOs) with the help of Republican senators. A congressional proposal sidelines U.S. military assets and still allows cartel kingpins to fly commercial as they seek turf on other continents. The bill is a juiced version of the status quo—not a overdue shift in strategy and tactics.

President Donald Trump’s recent announcement that some cartels would be designated as FTOs set off a backlash from the Washington counterterrorism establishment. The pushback is apparently based on an opinion that the designation would dilute resources from existing fights.

The proposed legislation would create the STCO as a separate category to Section 219A of the Immigration and Nationality Act. Select Mexican cartels would fall under the new category. The Cotton/Cruz bill advertises matching tools against the new STCOs like seen with FTO designees. The bill also states the new STCO status will not impact or degrade the current operations against FTOs. The Republican senators stressed that entities designated as STCOs would be subjected to severe sanctions designed to cripple their ability to recruit and function. In addition:

The three authorities outlined above are helpful in combating and countering some cartel operations. They provide significant progress in the rapid removal and denial of legal access to those identified as STCOs. Freezing of criminal assets and the ability to add additional charges of material support where applicable will improve the fight against the cartels. However, a closer look into the details of the bill reveals massive gaps in urgently needed tools to win the overall fight.

As an example, no powers seem to be identified in the critical area of watch list operations. An example of the differences between FTO and STCO statuses include no-fly list programs. This particular authority is critical to diminish a cartel’s global mobility. Global expansion of some cartels over the last decade is proving to be a vital requirement for successful operations. Europe, Australia, and New Zealand are prime examples of reach. Cartel operations in these areas are the reason the Drug Enforcement Administration recently opened offices in New Zealand.

Another critical issue still apparently unaddressed involves the utilization of the Pentagon. Many classified and unclassified memoranda and existing operations supported by DOD under the FTO designation seem to be left out of the STCO concept. The DOD’s supportive guidelines are seemingly gone from the new bill. The United States’ most critical assets for defending the nation look to have no tasking or authority. It must be stressed, the future role of DOD in STCO operations must be required. The military’s ability to provide logistical, operational, and intelligence support is essential here.

Further complicating the issue of differences between FTO and STCO statuses is the apparent authority given to the Department of Justice for STCOs. This could void any previous agreements or statutory authorities in use by the State Department. Simply put, the bill continues to see terrorist cartels as a law enforcement issue—as opposed to matters of national security. For the bill to be truly effective, it must mimic the FTO status to the point a separate category becomes unnecessary.

The supporters of the STCO concept do have a few valid concerns. From the U.S. counterterrorism perspective, FTO operations statutorily default to the FBI. If the terrorist cartels fall under a new designation, the “lead agency” will need clear authorities to conduct oversight of all operations. Will FTO statuses to the terrorist cartels require a rethink of command and control? Yes. Will it deplete the United States’ ability to conduct operations against established FTO organizations? No. Those opposed to the FTO designation for terrorist cartels must realize that the tools of national power are capable of protecting the U.S. regardless of where those threats arise.

The unfounded fear of depletion is overcome by merely tasking existing assets, such as DOD Northern Command (NORTHCOM) to support the fight against terrorist cartels. In reality, the fight against existing FTO organizations is already addressing the issue of interactions between terrorist cartels and conventional terrorist organizations. One only needs to look into the dealings of Hezbollah and the cartels to validate this relationship. Given this reality, FTO status or FTO guidelines must be applied to the terrorist cartels as soon as possible. In short, fears of “depletion” are unfounded if the true capabilities of the nation are brought into the fight.

Yet another barrier exists to effectively responding to the immediate threat of these terrorist cartels: historical interagency battles for control. Interagency rivalry based on budget allotments cannot be allowed to hamper the need to neutralize terrorist cartels.

Even among friends, there are still disagreements about the FTO designation for some cartels.

Todd Bensman of the Center for Immigration Studies (CIS) wrote several recent articles about members of the U.S. counterterrorism enterprise who feared for the FTO designation being used on cartels. They express concerns over an expanded aperture and scope of more terrorists to monitor. Some state they are overtaxed on bandwidth. Others say a different skill set is required to monitor smuggling activities. Some say the FTO designation would not make much of a difference. The “we’re too busy” excuse is not going to fly, given that tens of thousands of American citizens live mere miles from terrorist cartel turf right now.

Another Washington counterterrorism expert, Seth Jones of the Center for Strategic International Studies, stated in a recent interview that the FTO designation is not a good fit. His argument centers on how there are thousands of cartels and criminal organizations, which sets the U.S. up for a Pandora’s box scenario of forever war.

Bear in mind: most Washington think-tank experts have never worked the daily war against terrorist cartels. This is why the discussion quickly devolves into cartels’ lacking ideology and single-minded focus on smuggling logistics—no matter the product.

I have yet to meet one expert who has done the job of conducting investigations who understands what it takes to go from mere suspicion to reasonable suspicion–and then make the leap into probable cause. Most analysts have no understanding of the case law behind those three requirements, or the authorities each one gives an investigator before being able to stand in front of a judge to acquire warrants. They do not have experience in being eligible to draft an affidavit to target an organization globally. These cases go on for one or two years before any arrest becomes a reality.

In military terminology, the “OODA Loop,” meaning Observe-Orient-Decide-Act, drastically favors terrorist cartels in the current format. Simply adding a few DOJ steps will not prevent their violence from spreading.

In the post-9/11 world, many experts convinced political leaders that the real threats are the ideologically-based entities using violent, terroristic actions to bend people and their governments. This thinking does not encapsulate the whole threat. The growing crisis this nation faces is based upon groups who are willing to kill on a massive scale simply because the victims stand in the way of whatever a cartel wants to accomplish that day. The ideological “why” behind the murders is not important. Their “why” is simply dominance in all spheres—and it will grow until the U.S. throws its full weight in opposition.

Jaeson Jones is a retired Captain from the Texas Department of Public Safety’s Intelligence and Counterterrorism Division and a Breitbart Texas contributor. While on duty, he managed daily operations for the Texas Rangers Border Security Operations Center.

Read More The state of Wisconsin is moving forward with holding its scheduled elections next...

He said it weeks ago and was roundly attacked for what the far-left media dismissed...

The powers that be at Fox News should be ashamed of themselves. Two weeks ago...

Here’s the thing. Every detail of this letter from President Trump to Senator Chuck Schumer...

OAN (One America News) is among the very few media outlets that report real news...

It was far worse than initial projections suggested. More than 6.6 million Americans filed for...

Yet another medical voice is attempting to share the remarkably good news regarding the real-world...

“Free healthcare” doesn’t work so much when it results in “no healthcare” for hundreds of...