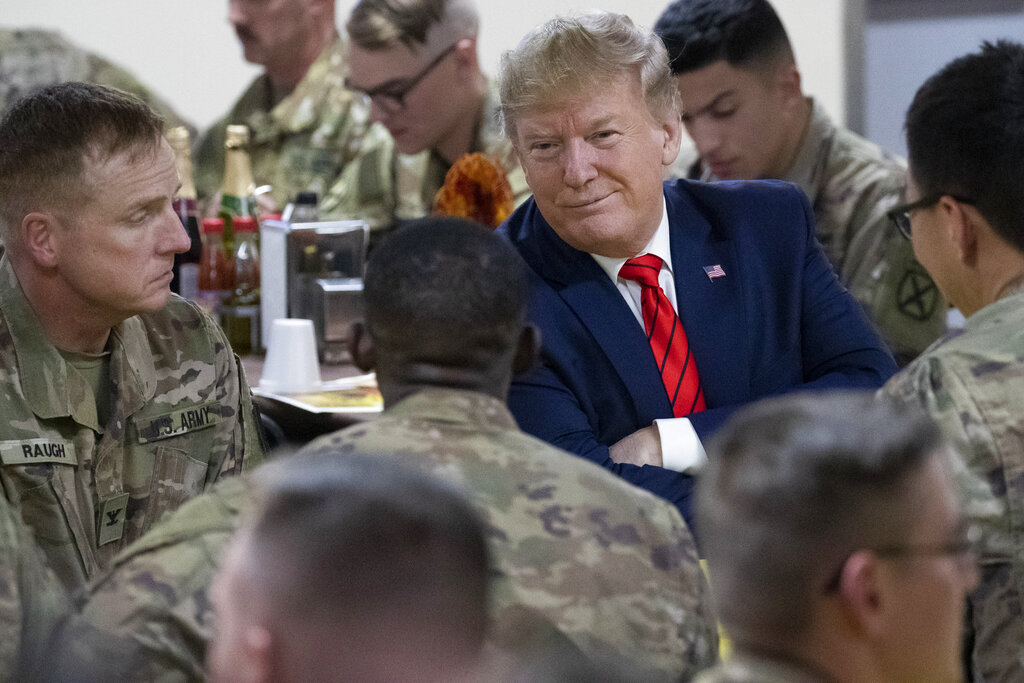 President Trump showed his support for U.S. troops by personally wishing them a Happy Thanksgiving on Thursday. The president flew into Bagram Air Base in Afghanistan and spent about two and a half hours on the ground.

During his visit, he served Thanksgiving dinner to the troops.

It’s not clear how the president managed to leave the Mar-a-Lago Resort, but reports said he flew out of an undisclosed Florida airport on Wednesday night. White House Press Secretary Stephanie Grisham said President Trump’s visit was kept secret for security reasons. She added the trip has been in the works for weeks, but only a tight circle of officials knew about it.

While speaking to the troops, the president said the Taliban is ready to make a deal because the troops are doing such a good job. He also thanked the Afghan troops and said he was impressed with how hard they were fighting.

“We thank God for your help and all of the things you have done. You are very special people. You don’t even know how much the people of our country love and respect you. And they do. That’s why I’m here, I’m just bringing the message.” – President Donald Trump 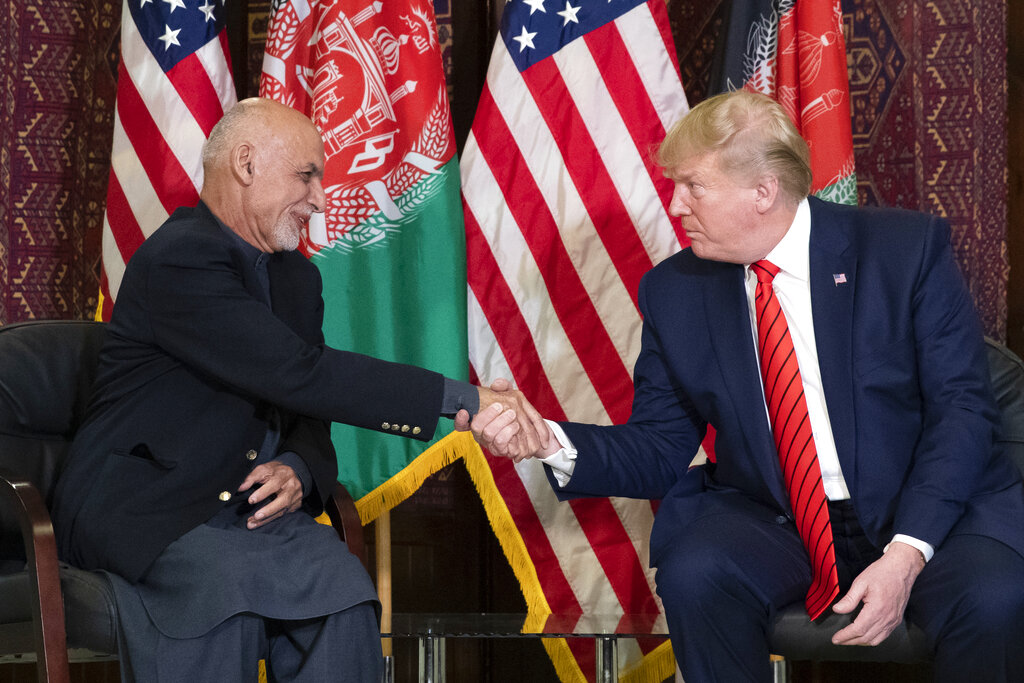 While in Afghanistan, the president also met with Afghan President Ashraf Ghani to discuss the progress made in the region.

“I’d like to pay tribute to American soldiers, officers and civilians, particularly those who paid the ultimate sacrifice. That sacrifice can now result in a stable Afghanistan. I want to thank you, on behalf of the people of Afghanistan, for making a decision that is historic.” – President Ashraf Ghani

The trip marks the first time President Trump has visited Afghanistan. He and First Lady Melania Trump made a trip to Iraq during the Christmas holidays last year. Vice President Mike Pence just visited the country earlier this week.

The president emphasized he wants to reduce the number of troops in Afghanistan to about 8,600 out of the 14,000 troops that remain in the country. 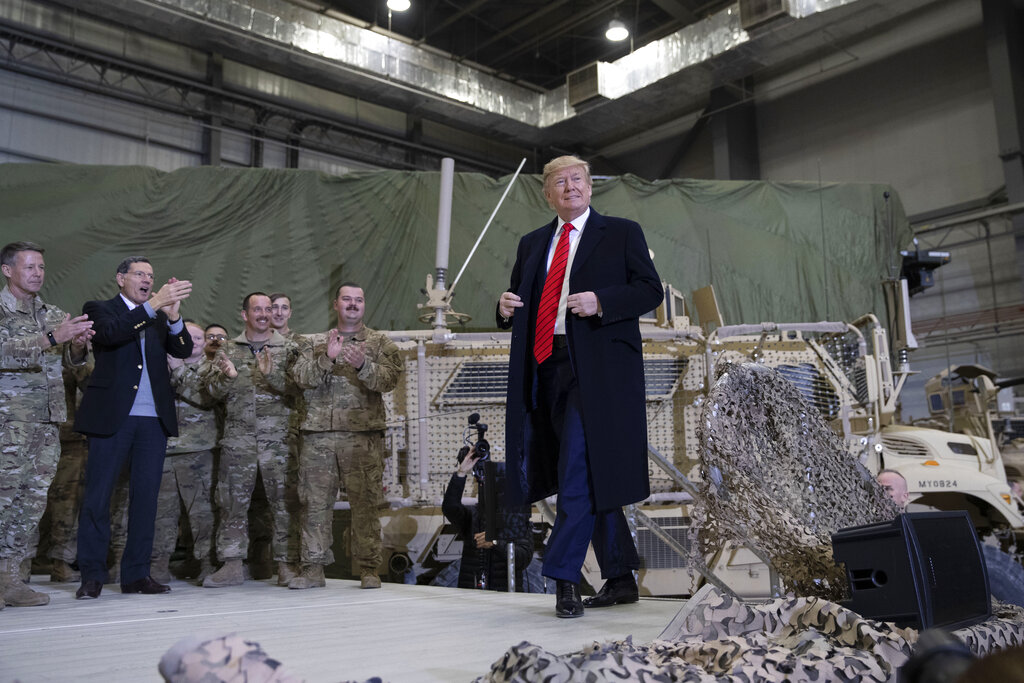 President Donald Trump walks on stage as he arrives to speak to members of the military during a surprise Thanksgiving Day, Thursday, Nov. 28, 2019, at Bagram Air Field, Afghanistan. (AP Photo/Alex Brandon)

Start Discussing
PrevPreviousMatthew Myers and the fight against flavored vapes
NextHouse Appropriations staff director: No one ‘feels great’ when the government shuts downNext